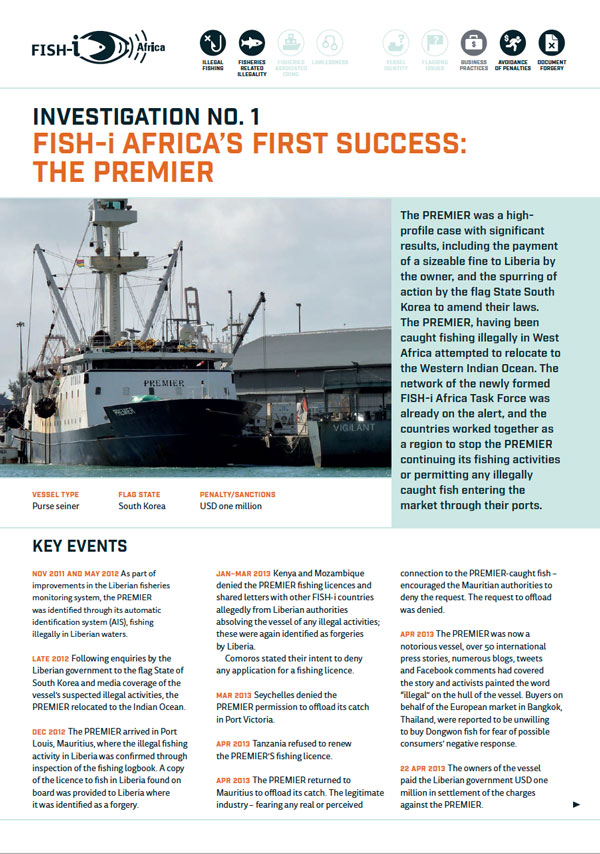 The PREMIER was a high profile case with significant results, including the payment of a sizeable fine to Liberia by the owner, and the spurring of action by the flag State South Korea to amend their laws. The PREMIER, having been caught fishing illegally in West Africa attempted to relocate to the Western Indian Ocean. The network of the newly formed FISH-i Africa Task Force was already on the alert, and the countries worked together as a region to stop the PREMIER continuing its fishing activities or permitting any illegally caught fish entering the market through their ports.

Nov 2011 and May 2012: As part of improvements in the Liberian fisheries monitoring system, the PREMIER was identified through its automatic identification system (AIS), fishing illegally in Liberian waters.

Late 2012: Following enquiries by the Liberian government to the flag State of South Korea and media coverage of the vessel’s suspected illegal activities, the PREMIER relocated to the Indian Ocean.

December 2012: The PREMIER arrived in Port Louis, Mauritius, where the illegal fishing activity in Liberia was confirmed through inspection of the fishing logbook. A copy of the licence to fish in Liberia found on board was provided to Liberia where it was identified as a forgery.

January – March 2013: Kenya and Mozambique denied the PREMIER fishing licences and shared letters with other FISH-i countries allegedly from Liberian authorities absolving the vessel of any illegal activities; these were again identified as forgeries by Liberia.

Comoros stated their intent to deny any application for a fishing licence.

March 2013: Seychelles denied the PREMIER permission to offload its catch in Port Victoria.

The PREMIER returned to Mauritius to offload its catch. The legitimate industry – fearing any real or perceived connection to the PREMIER-caught fish – encouraged the Mauritian authorities to deny the request. The request to offload was denied.

The PREMIER was now a notorious vessel, over 50 international press stories, numerous blogs, tweets and Facebook comments had covered the story and activists painted the word “illegal” on the hull of the vessel. Buyers on behalf of the European market in Bangkok, Thailand, were reported to be unwilling to buy Dongwon fish for fear of possible consumers’ negative response.

22 April 2013: The owners of the vessel paid the Liberian government USD one million in settlement of the charges against the PREMIER.

May 2013: The PREMIER offloaded in May in Colombo, Sri Lanka, before sailing home to South Korea. The fish was sold at a reduced price on the Bangkok market.

December 2013: Having been renamed ADRIA, as well as refitted and upgraded to comply with fisheries, health and safety regulations, the vessel returned to Seychelles on Christmas Day 2013.

2017: The ADRIA continues to fish in the Indian Ocean but remains under the close scrutiny of the FISH-i countries. 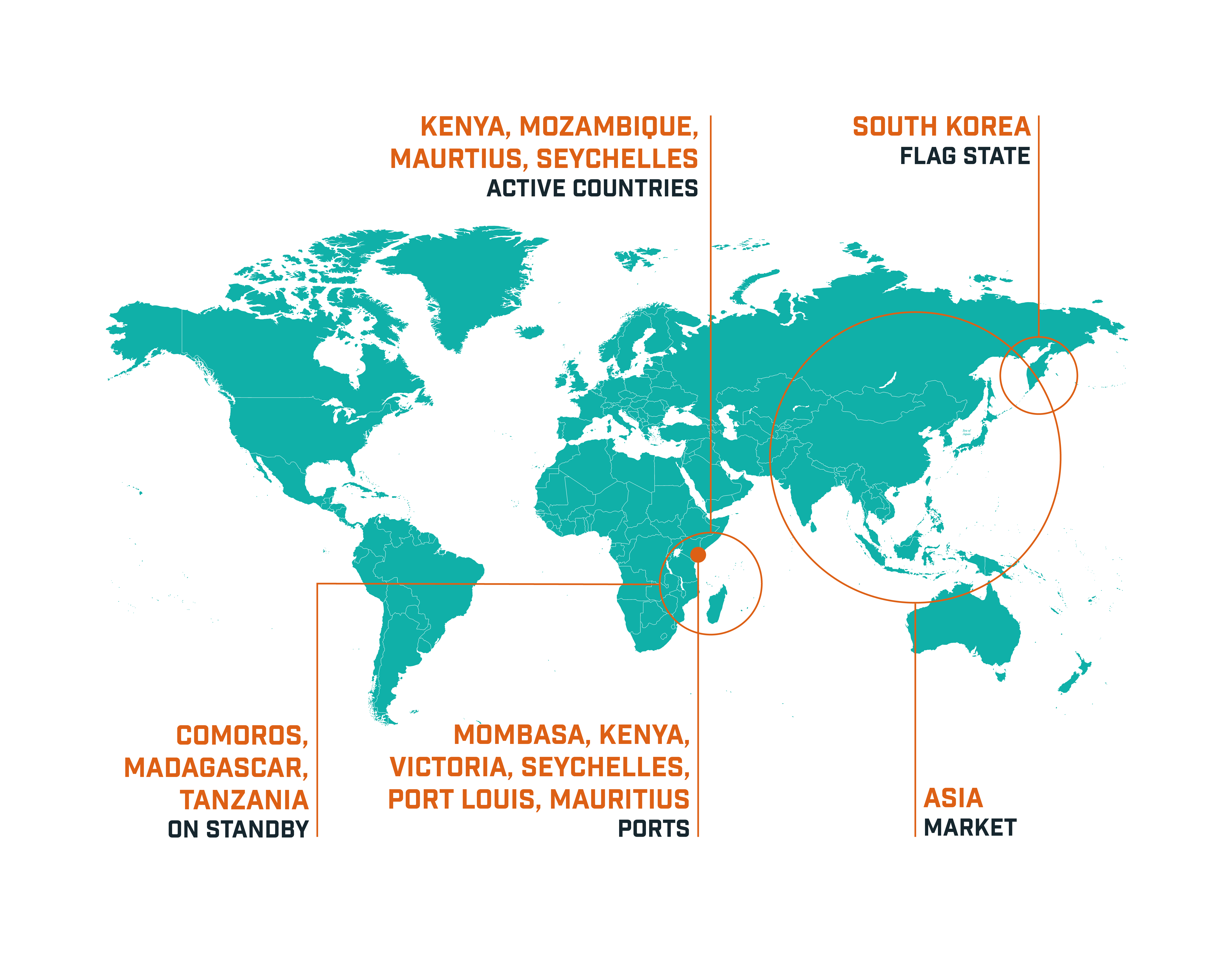